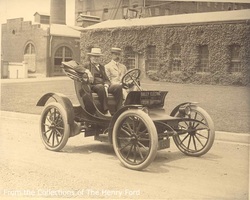 After thousands of tests and combination of chemicals, he created a battery that used potassium hydroxide. The potassium reacted with the iron and nickel electrodes.

The batteries were indeed lightweight, but they did not meet the claims of the batteries in terms of delivering more power than the lead-acid batteries ( “Edison's Alkaline Battery” par. 3).

He reorganized it to have better performance and a longer life.  To do all of this, he had to use slightly more expensive materials, but the battery was much better than it had previously been ( “Edison's Alkaline Battery” par. 4).

Edison released the reconstructed battery in 1910, but it was too late for the automobile industry.  In 1909, Edison’s friend Henry Ford invented a reliable gasoline engine for cars ( Edison's Alkaline Battery” par. 5). 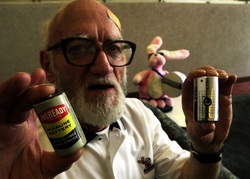